An increase in Hiring of Independents in the Medical industry

An increase in Hiring of Independents in the Medical industry 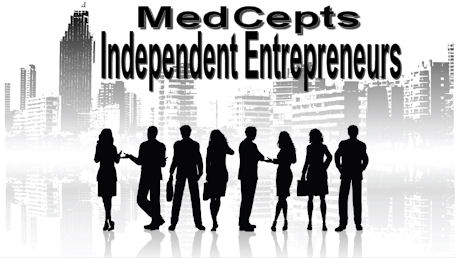 The Great Depression in 2008 and 2009 brought to us a serious change in the job market when we lost over 8 million jobs in the USA. As a result, many high-quality professionals turned towards establishing their own independent or consulting business to survive. This is an alternative to accepting significantly lower paying salaries or no job at all.

For those with the entrepreneurial spirit, the fast-growing transition from employee status to independent positions brought with it the realization of the many benefits of being an Independent Consultant, Independent Contractor or Independent Sales Representative.

As more and more previously employed found themselves working from their home offices in an independent capacity they also noted an increase in their production capabilities, allowing them better time management and the ability to align with multiple companies offering creative compensation packages – not to mention the tax benefits. Hiring companies also benefited with significant savings in hiring independents over a direct status. Hiring companies were able to offer higher and much more creative compensation packages, including equity compensation.

Independents with a Mixed Bag earned the highest

Our 2014 Annual Income Earned Survey, of over 5,000 independent sales representatives and team managers, revealed those with a “Mixed Bag” of products reported earning the highest. A Mixed Bag is a term relative to the sales professional carrying multiple manufacturer products and services. Additionally, the reference may indicate one manufacturer’s products but with a “mix” of disposables, capital equipment and/or services.

Retention packages began to slowly rise as employers encouraged present employees to resist the hiring enticements by other employers.  “Stay On” bonuses grew for some companies to address the rise in Sign-on bonuses employers were offering to new employees.

MedCepts saw a demand for Independent Marketing professionals rise significantly in 2014. This continues as an upward trend through the present.

Highly qualified Independent Consultants in R&D, Regulatory and quality assurance professionals also grew as the result of needs from start-ups. In mid-2012 the MedCepts Network expanded to include consultants from various developmental life cycles of medical related products and services networking capabilities. This was directly related to the needs of network members in the development phase. The highest hiring demand, outside of sales, was for Independent Marketing Consultants. The demand increased for those with sales experience or sales leadership experience. A rise in demand for consultants with experience working with start-up companies was also noted.

There has also been an increase over the past several years from senior ranks desiring to work with start-up companies.

We have seen a significant rise in independent physician consulting opportunities. Hiring for contracting needs for independent mid-level clinical professionals has also risen.